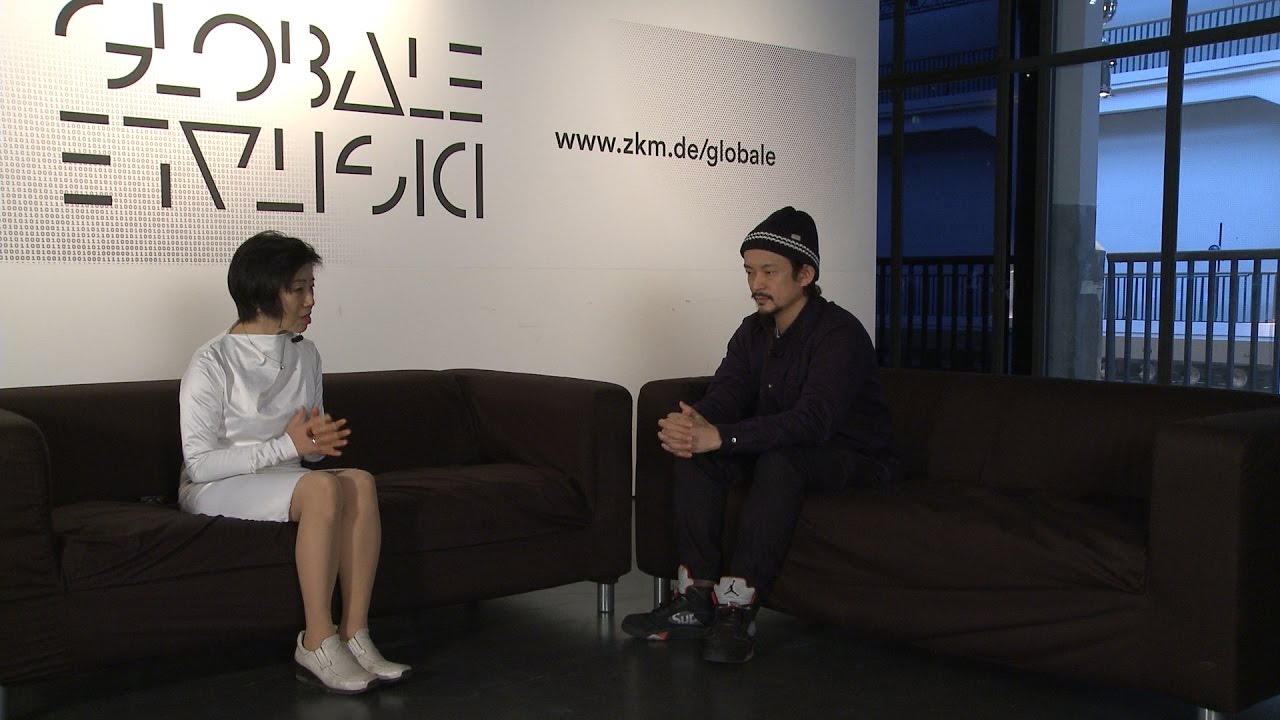 Interview with Daito Manabe about his artwork » chains« in the context of the exhibition »GLOBALE: New Sensorium«.

In recent years, public interest in blockchain technology has grown along with the rise of the buzzword „fintech“ on Google Trends. One of the most successful uses of blockchain is the cryptocurrency bitcoin. Bitcoin does not depend on a central agency, as does conventional le­gal tender, and because it can perform highly anonymous transactions across borders, it has created a new mechanism for business activities. At the same time, critics have pointed out its potential for such misuse as money laundering and financing for anti-social groups. Accordingly, its treatment differs from country to country. It still has problems even though it has already been implemented in society; for example, one of bitcoin’s main former developers says that mining is also carried out by some private individuals.

For their work »chains«, the artists have developed and displayed visualization for studying blockchain, along with an automated trading system. Additionally, the work examines a platform for digital artworks involving original currency using blockchain.