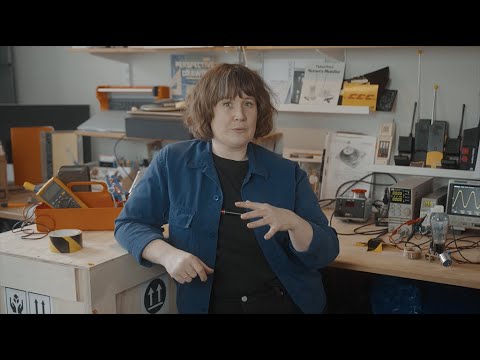 The residency program thehost.is by Deichtorhallen Hamburg and Kampnagel will start in March 2022 with HOW TO BEAM: DO-IT-YOURSELF-TELEPORTATION IN HYBRID TIMES, hosted by the Canadian media artist Darsha Hewitt (*1982), who lives in Germany. Hewitt has a special affinity for a do-it-yourself approach to technology. She describes her sophisticated manipulation of devices and their circuitry as “critical hacking.” Hewitt continues in the tradition of previous media pioneers, expanding on their inventiveness with experimentation and everyday hacks. Also through the lens of media archaeology, her work contributes to a reassessment of the history of the development of technology.

HOW TO BEAM will deal with how the concept of presence has changed in the age of digital media. Hewitt questions the social acceptance of a disembodied digital version of oneself as a legitimate way of presenting oneself in society, especially in the wake of the pandemic. The artists in residence selected by Hewitt—Nadja Buttendorf, Dasha Ilina, and Olsen—will combine new technologies and low-tech strategies in their projects and workshops to explore the concept of teleportation as a path to reclaiming and reinventing individuality, autonomy, and human connections in our rapidly hybridizing world

thehost.is is part of the joint project Diversify the Code, which is supported by the German Federal Cultural Foundation’s Kultur Digital program.