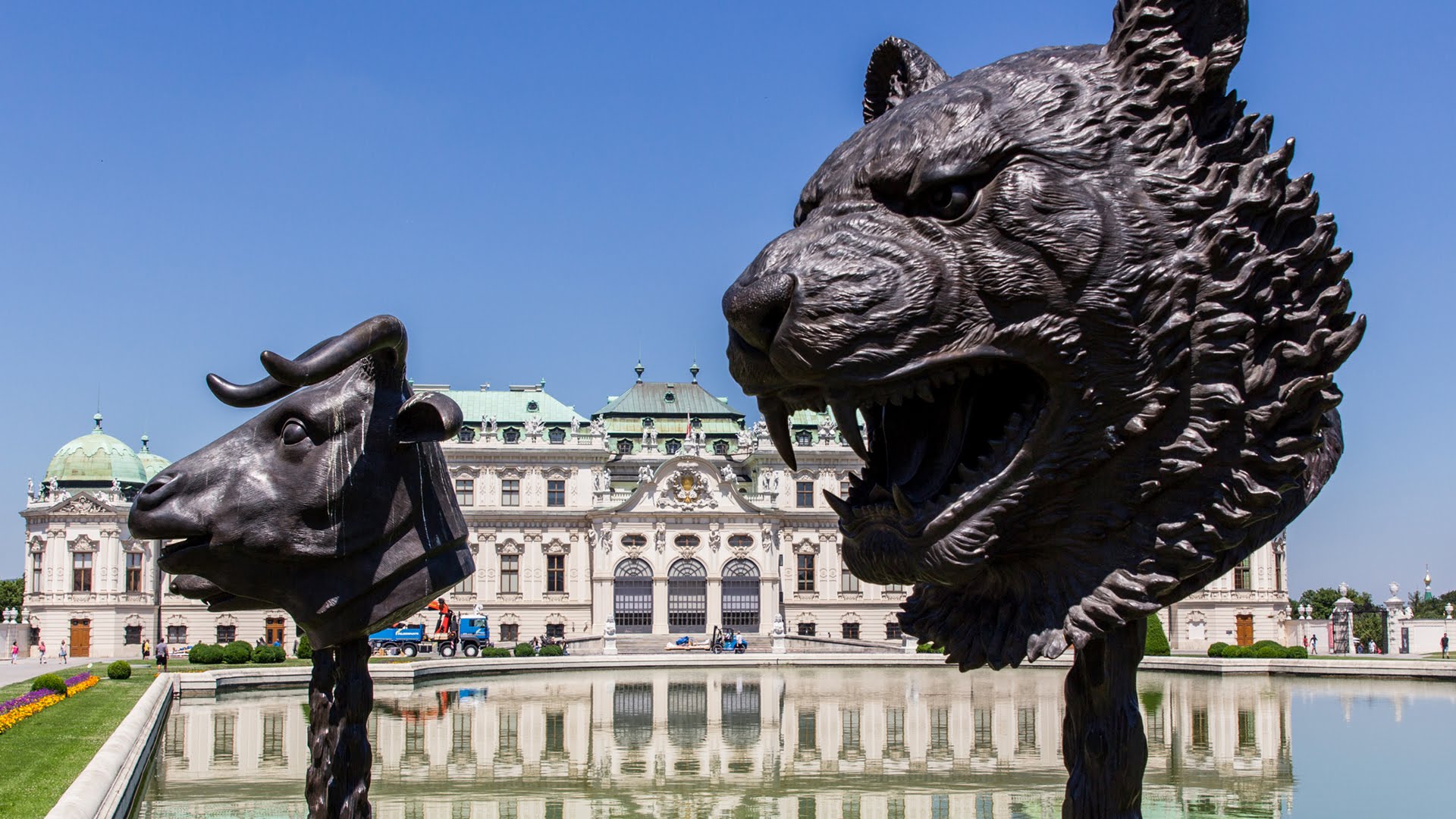 Setup of the installation „Circle of Animals / Zodiac Heads“ by the water basin on the south side of the Belvedere Palace in June 2016.

In these twelve bronze heads from the Chinese zodiac Ai Weiwei addresses the ransacking of the fountain at the summer palace Yuanming Yuan in Beijing by French and British troops in 1860. This wanton act of destruction and pillaging was a bitter humiliation for the people of China and marked the end of the Second Opium War. With military force the British and French had coerced China to accept their opium import which was crucial for their sourcing of money to buy tea, porcelain and silk. Built in 1749 the imperial retreat had been inspired by European baroque architecture making Prince Eugene’s Palace an even more intriguing backdrop to Weiwei’s work.

Between 2000 and 2007 China bought back five of the looted animal heads (the original sculptures were of the whole body). In 2009 two further heads that had entered Yves Saint Laurent’s private collection came up for sale at an auction. The rest are still missing. All of the Chinese government’s efforts to repatriate the two bronzes have failed. Ai Weiwei responded by recreating the series in bronzes that are not exact replicas but an artistic interpretation and as such, both physically and conceptually, are a product of the twenty-first century. The artist deliberately placed the heads, which were literally decapitated by the looters, onto posts and places them around the Upper Belvedere’s main water feature as a prelude to the exhibition at the 21er Haus.